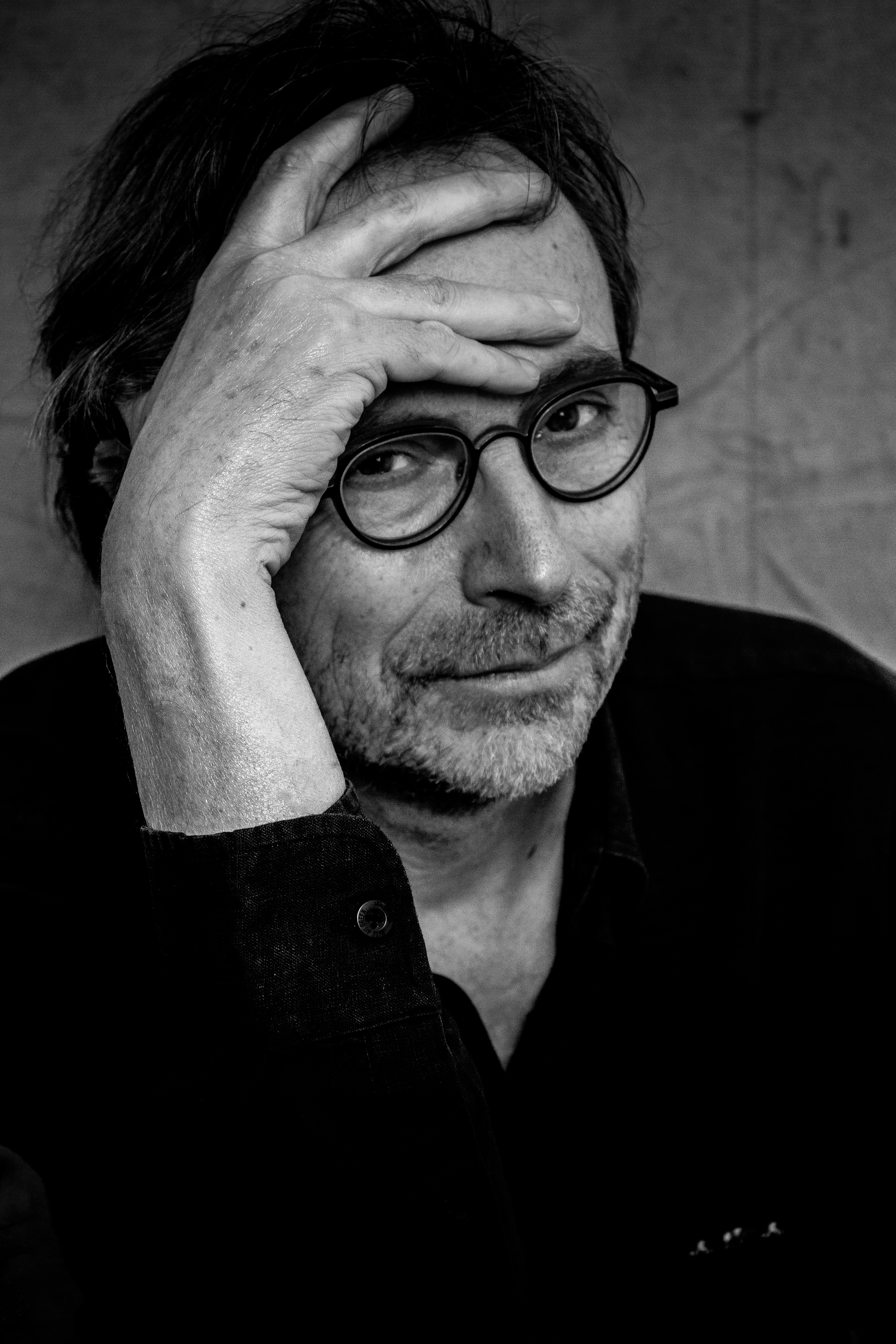 Frank Nuyts was born in Oostende in 1957. He studied percussion at the Ghent Conservatory and composition with Lucien Goethals at the Instituut voor Pyschoacoustica en Electronische Muziek (IPEM). Around 1985 he is stilistically veering to post-modernism: elements of the so-called “commercial music” are from then on imbedded in compositions which remain multi-layered although rhythmically less complex. (eg. ‘Rastapasta’) In 1989, together with Iris De Blaere, he set up the 7-member cross-over band Hardscore, recording four CDs and undertaking international tours. (eg. ‘Methane’, ‘Surf, wind and desire’, ‘Monkey Trial’) Since that time he also has produced an extensive and varied oeuvre: (3 concerti (piano, marimba and cello), 5 symphonies, the chamber operas ‘Bekket’ for Leporello; ‘Middle East’ for LOD and ‘Tongval’, ‘Paternel’, ‘Chut!’ and ‘Cambio madre por moto’ for vzw Hardscore). He also has composed 19 piano sonatas and many vocal compositions mainly for the Australian Song Company. In 2014 Hardscore the band is rebooted, with visuals of Fabien DeLathauwer, which leads to a commission of De Bijloke for a new program ‘Carbon fixation’ (2015) Frank Nuyts teaches composition at the Ghent School of Arts. Together with Iris De Blaere he founds the new festival ‘En Avant Mars’ for the Music centre De Bijloke.