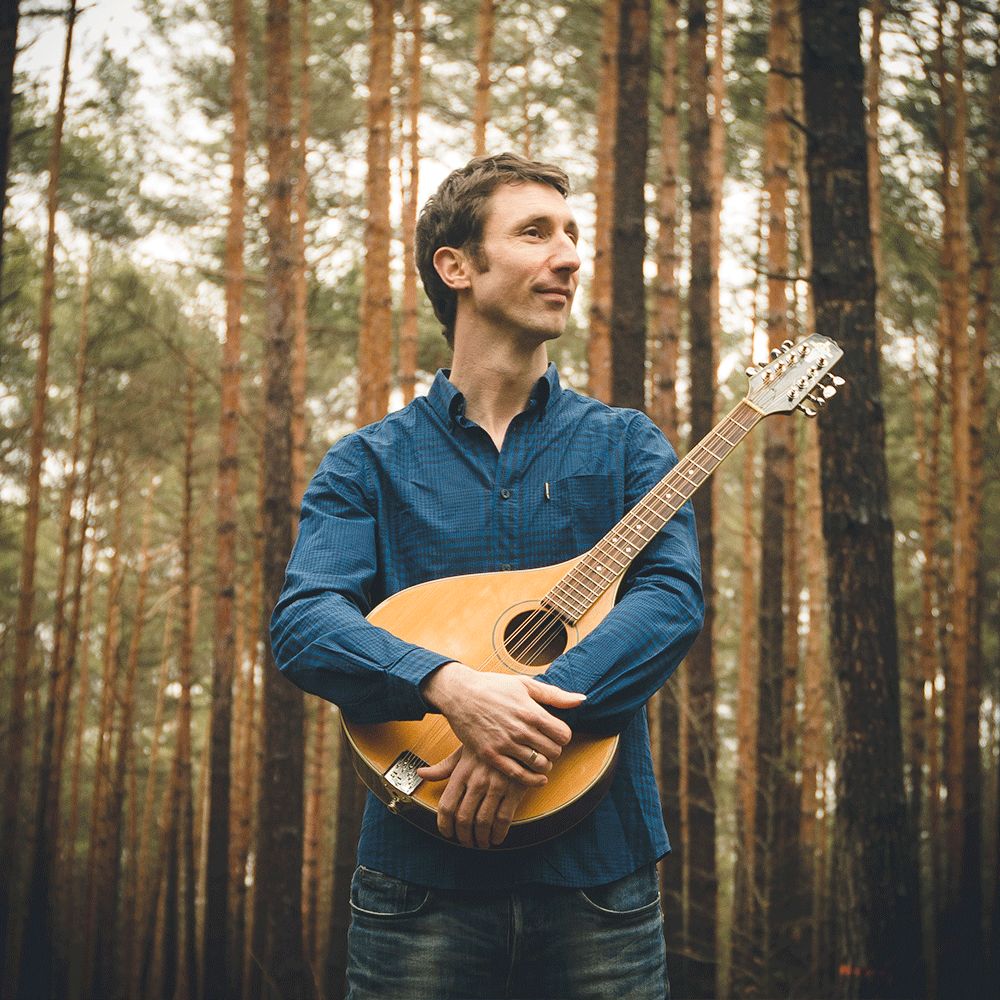 From the very beginning, Maarten Decombel was always extremely hungry for all kinds of music - and obsessed with everything with strings. His musical journey started at the age of nine, when he first discovered folk guitar. Then, as a teenager, he went on to study classical and jazz guitar at the Royal Conservatory of Ghent. The world of open tuning followed and was a true revelation to him as he focused mainly on DADGAD guitar tunings. After these years of experimentation, Maarten’s mature style has emerged as a unique combination of pumping energy and subtle lyricism.

Various musical developments followed. In 2001, with accordeon player Wim Claeys, he formed Göze, a duo playing intimate acoustic folk. This fruitful collaboration went on to record three albums, including one with French Folk heroes Gilles Chabenat (I Muvrini) and Frédéric Paris (La Chavannée). In 2002, Maarten also joined the Naragonia Quartet, a well-known band on the balfolk/ceilidh scène which plays gigs all over Europe.

It’s in his role as mandola-player and composer in the imaginative power-folk trio, Snaarmaarwaar that Maarten really flourishes. Founded in 2006, the band soon established an excellent live reputation for their unique sound, based on Maarten’s driving mandola, the fierce energy of Jeroen Geerinck’s guitar playing and the crystal clear mandolin of Ward Dhoore. Their repertoire is a mix of traditional Belgian/Flemish tunes and self-written music based upon European folk. In summer 2014, Snaarmaarwaar released their third album “B.L.O.C.K.”. Highlighting the “many incidental delights” and “keen inventiveness” of Maarten’s writing, musicianship and singing, The Living Tradition’s review comprehensively praised B.L.O.C.K. and the range of its musical performances – from “tone-poem” to “newgrass”, “neo-Latin” to “powerful, riff-driven” rock and “a charming and delectably infectious mélange of Django and Piaf café music”.

In 2011 Maarten released his first solo album, “October Sunrise”. A very personal record with guitar compositions at the of crossroads of folk and jazz. Accompanied by double bass and drums, his guitar pieces, the Classical radio station Klara reported, evoked “blissful moments”. “Rarely” said the broadcaster, “has music given so much joy.”

The mandolin quartet MANdolinMAN – with Maarten on the mandocello – mainly focuses on Flemish traditional music. The band’s first album, “Old Tunes, Dusted Down” (2011) was a tribute to the massive collecting work of folk pioneer Hubert Boone. They played at festivals across Europe and Canada, with a trip to Brazil leading to a foray into Bossanova and South-American music. Living up to its title, however, their latest release, “Unfolding the roots”, sees them return to their own musical heritage again.

In 2017, Maarten’s longtime collaboration with hurdy-gurdy virtuoso Gilles Chabenat came to the fore with the release of “L’Adorable Leurre” by Tondo, the Decombel, Chabenat and Fred Puget trio. Their inventive, subtle arrangements for guitar, hurdygurdy, bagpipes and clarinet are often to be found in Cultural Centres and they play a series of concerts throughout Belgium and France.