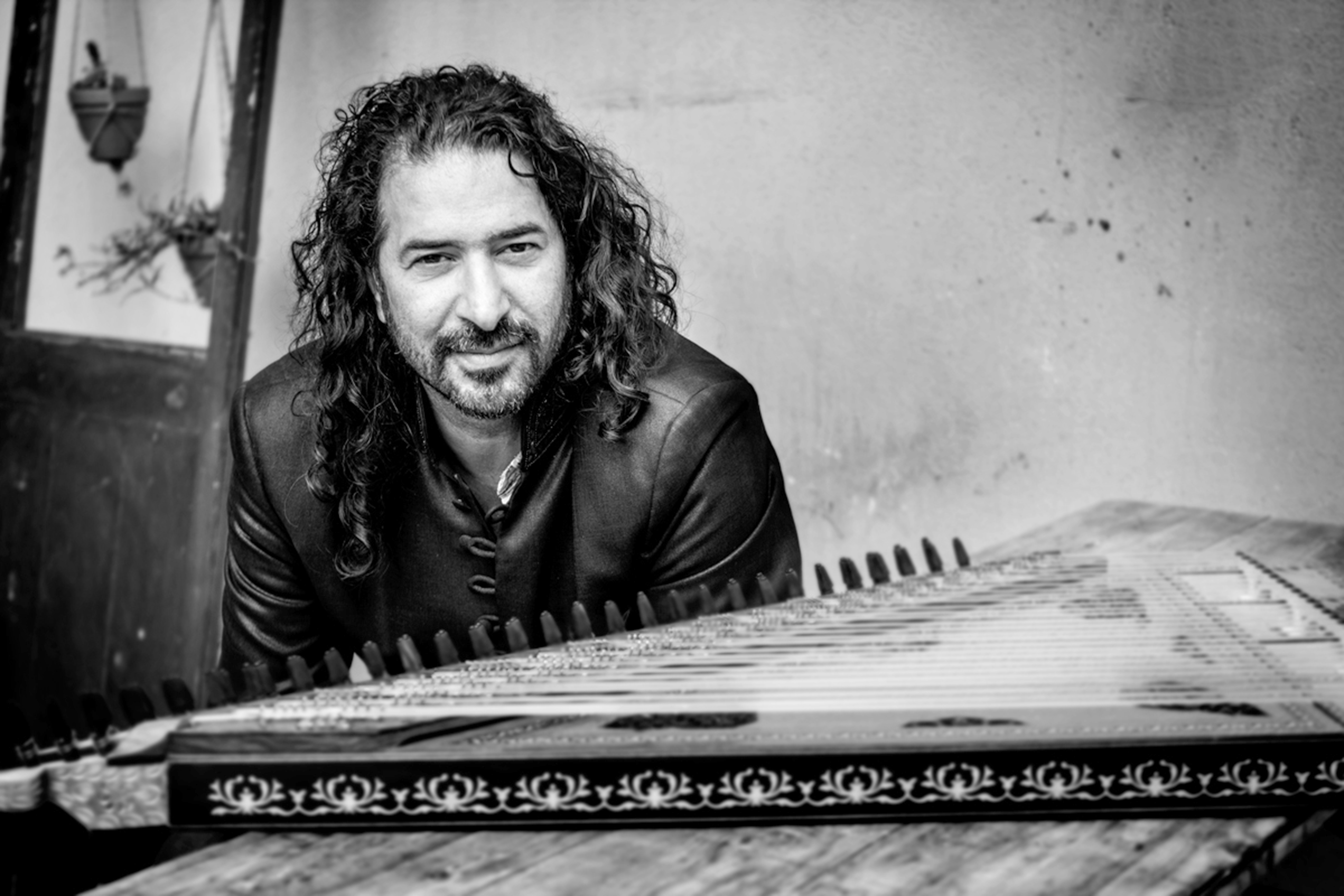 Osama Abdulrasol is a composer, producer and qanun player. He has skills in the visual arts as well. Born in Babylon, Iraq, he studied classical guitar in the UK and qanun, the Arabic lap harp, in Iraq. ​ Osama lives in Belgium where the diversity of culture opened new horizons to him. He composes songs soundtracks, music for theatre plays... He arranged, produced and performed with musicians from different backgrounds : Arabic, Jazz, experimental, Indian, Turkish... Osama toured all over the world and performed with orchestras such as the Antwerp Philharmonic, the Flemish Radio Orchestra, the Dutch Metropole Orchestra. He also played with arab and international popular and lyric singers. In addition, Osama participated in major arab and international festivals. ​ 2014 Belgian Cultural Prize winner in Gent, Osama is releasing his new album “Jadid” where, accompanied by his quartet selected among very important musicians, and the voice of the lyric singer Helena Schoeters, he provides an elegant and qualitative project.