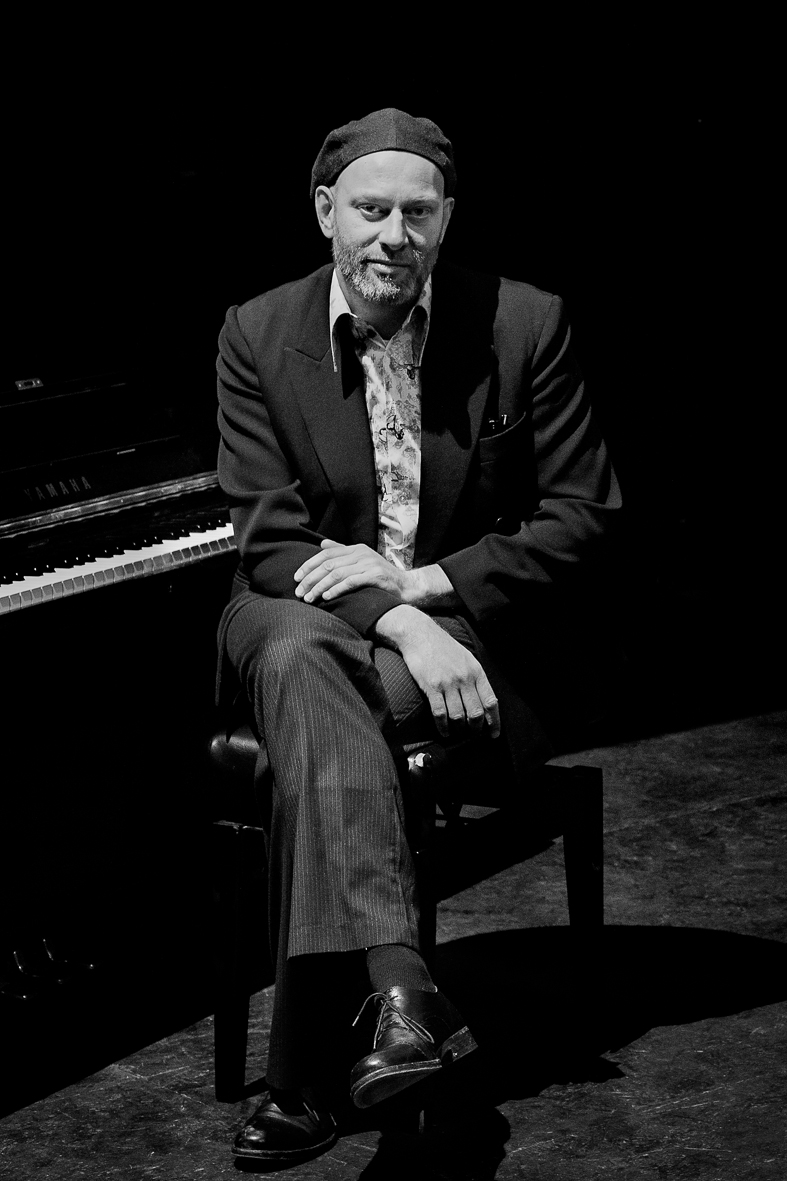 A dark boxing ring, two steaming athletes in sync with the musicians around the ring – or is it the other way round? Intimate and rare portraits taken inside the orthodox jewish community in Ukraine. A musical jam with a Turkish percussionist on the train from Istanbul to Munich. Sharing the stage with Lieven Tavernier during the Gentse Feesten. Four slices of life in the world of Thomas Noël, a creative factotum who blends music with images and who combines his instinct for roots with a broad view of the world at large. As a composer, musician, photographer and reporter his highest aim is to share his reflections on mankind through channels of beauty.

Thomas was raised in a family with roots from Aalst to Austria. Having studied the piano at the Antwerp Conservatory plus jazz and composition in Ghent, he was ready for the big wide world, packing a guitar, a couple of analogue cameras and some recording equipment.

Meeting the Melbourne-based photographer Emmanuel T. Santos was a crucial moment. In his Troyka Studio Santos not only taught Thomas the tricks of the trade, he also turned out to be an artistic father of sorts. A mentor who helped him to overcome stage fright and taught him to add meaning to his creations.

Thomas has lived and worked in such diverse places as Melbourne, New York and Paris. He played music and made photographs in South-East Asia, Ukraine, Ecuador, the Solomon Isles, Argentine and Israel/Palestine. He picked up whiffs of jazz, world music and improvised music. His photographs focused on people and their rituals. Traveling, music and photography are a leitmotiv in all of Thomas’ projects. The first cd of the audiovisual ensemble Livingstone, which he founded in 2003, was a collection of compositions inspired by images and soundscapes he brought home from his travels. Later on this led to ‘The City’s Song’, a musical filmproject branching off to such cities as Mexico City, Johannesburg, Ramallah and – quite recently – Tehran. In close co-operation with local artists Thomas tries to evoke the soul of a city through images and music. In 2014 he traveled with a group of Turkish and Ghent-based musicians from Istanbul to Ghent by train. This project, called ‘Yolda’ (On the Road) , was an initiative of The Centrale and The Handelsbeurs concert hall to commemorate the fiftieth anniversary of Turkish immigration to Ghent; it resulted in a series of concerts, a movie and publication.

Along the way Thomas has settled in Ghent and has become firmly embedded in local cultural life. As a musician he has worked with renowned Belgian artists such as Wouter Vandenabeele, Radio Candip and Blindman. He wrote the filmscore for movies like ‘The Cutting’ by Peter Missotten & The Film Factory and for the documentary ‘Kunst Kleurt’ by Nahkla. As a multi-instrumentalist and arranger he has also launched numerous projects of his own with such bands as Le Grand Bateau, The Chai Connection and the impro-ensemble Tabarnack, not to mention his socially committed stage productions like ‘Boxart’ (at The Centrale) or ‘Passengers’ (a show featuring amateurs) for De Vieze Gasten. The latter is a socio-artistic organisation in Ghent for which Thomas has become a fixture as a composer and coach.

All of his knowhow was eventually incorporated in the IVZW Frontiera, which has also allowed him to offer a platform for other artists on organisational and artistic levels : anything from music programming to logistics or producing a cd.

There is no new news