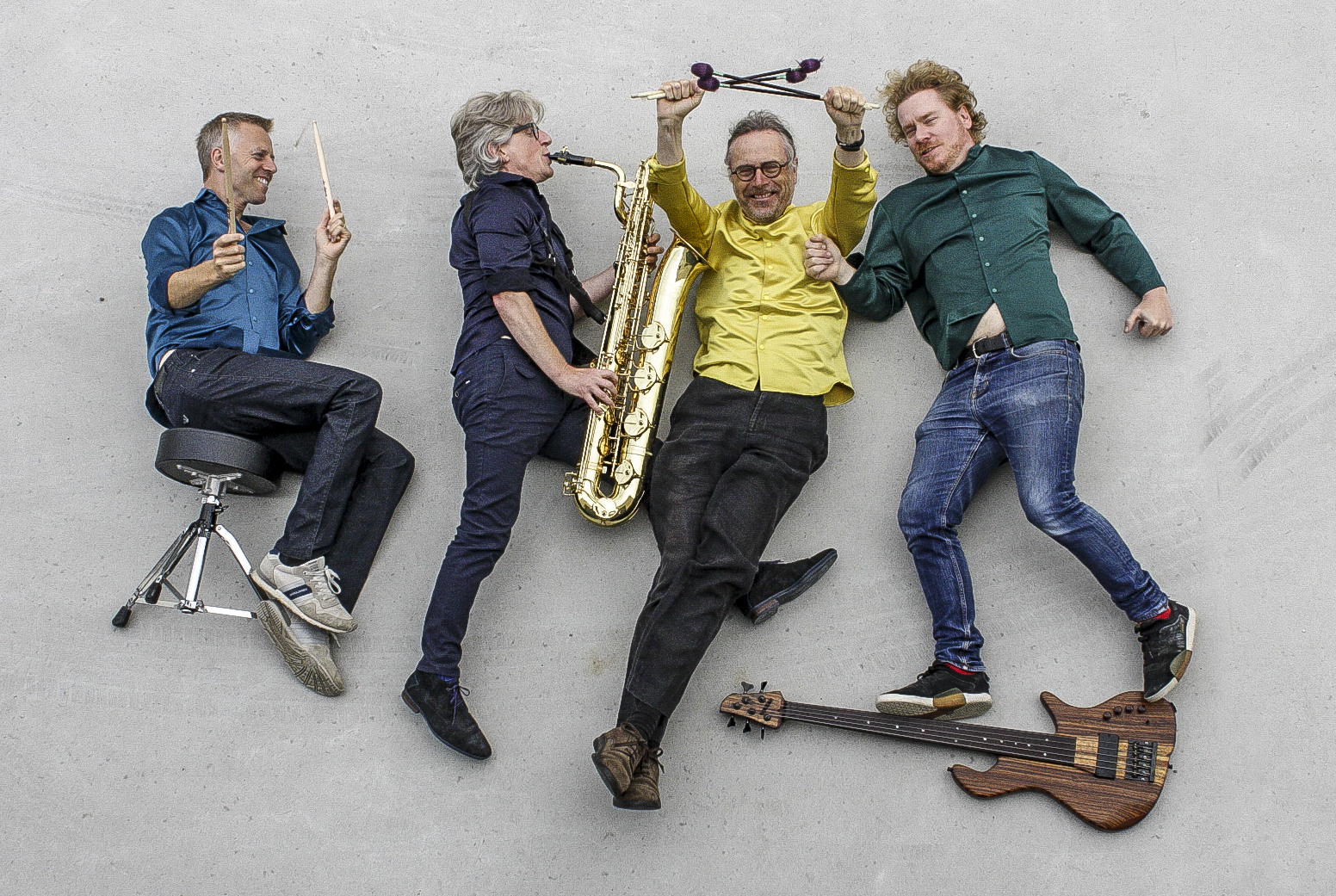 In 2017 a brand new eccentric cross-over band was born. It entered into existence with a determination to bring new colour to the musical landscape.

Frank Nuyts, writes most of the music.  He is an all-round composer with a solid reputation, whose music is played all around the globe. He feels at home in many genres and makes a point of introducing a lot of variety, loads of energy and a grand dose of humour into his work. Until recently, he was a professor of Composition at the Conservatory in Ghent (School of Arts), where he taught both students of the Classical department and the Pop & Jazz department. As a classical composer, he has already written an impressive body of work. But he has also derived plenty of pleasure from his cross-over projects. Hardscore and Beat Love Oracle are two of those. All his work contains hints of the commercial, yet he skilfully avoids ever becoming cliché. As a contemporary composer who is both blessed and plagued by a never ending curiosity,   Frank keeps his eyes, ears and mind open to any musical discovery in any field. After all,   creative excellence can be found in any musical genre! Having graduated as a percussionist before taking up composition, Frank is also the marimba player within Beat Love Oracle, which can result is some wonderfully virtuoso improvs.

Frank Debruyne plays the saxophones and also composes some of the music. He has played countless concerts with a wide variety of groups throughout the year. He also teaches jazz at the Waregem Music Academy.

Stijn Deldaele , the youngest of the group is a veritable force to be reckoned with on that e-bass of his. Not only does he play like a true virtuoso, he also custom built a a 5-string bass especially for the Beat Love Oracle music. Talk about commitment! As you’ve probably guessed, he too does not fit into just one single category. Instead he jumps from one category to the next with great ease, which explains why he successfully tours with different bands in different styles.

Ronald Dhaene, our drummer, studied both classical and jazz percussion in Gent and Brussels. He also teaches both disciplines at the Music Academies of Gent and Oudenaarde. He is in demand as a freelance drummer in a wide range of productions and styles.