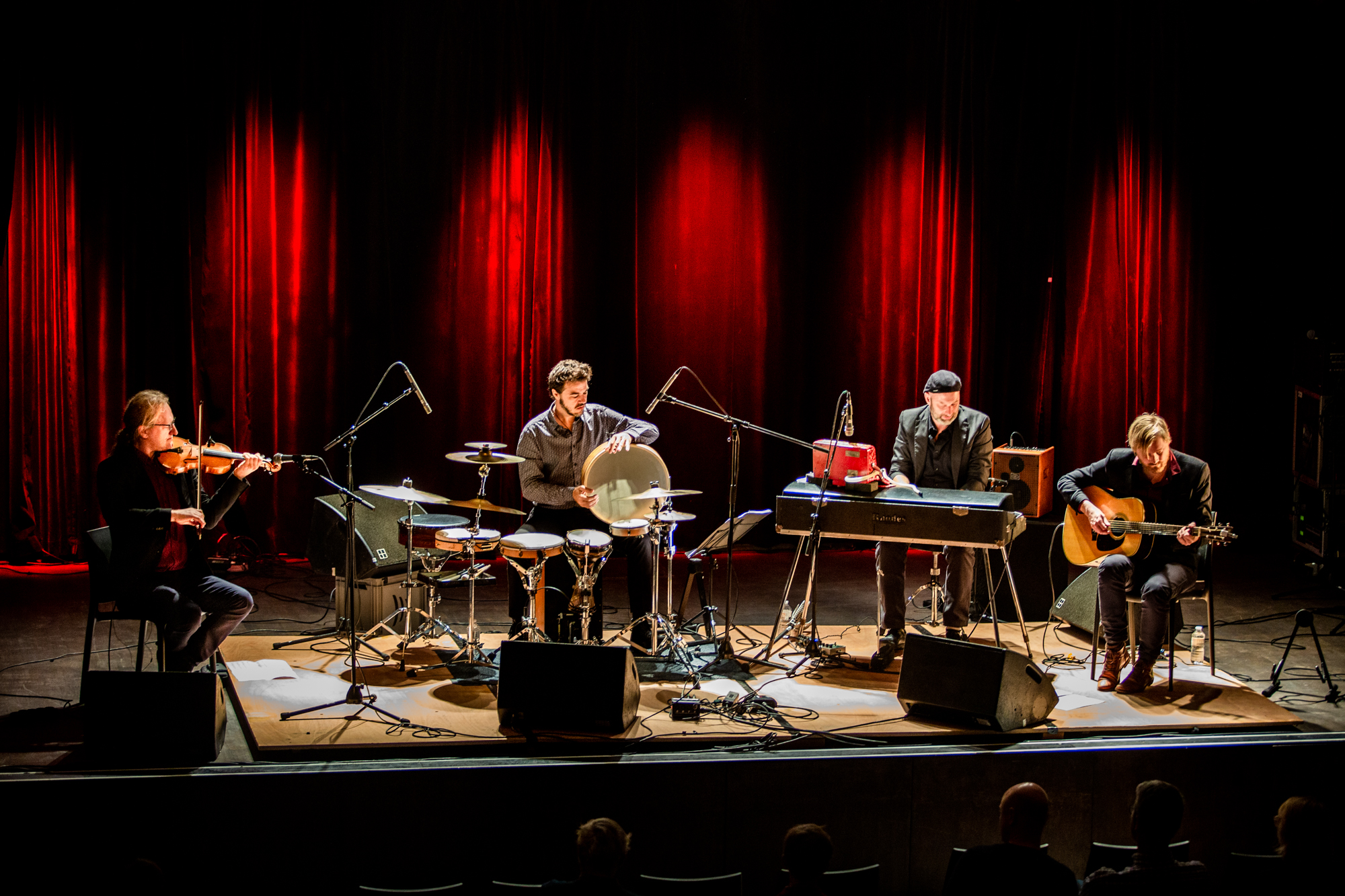 Wouter Vandenabeele and Thomas Noël first ran into each other in the dim nineties as members of an underground folk band which adopted the nightlife of Ghent and Aalst as their favorite hangout. Later on they went their separate ways: Thomas hit the road to Australia and New York, Wouter travelled to Africa and Greece. They seemed predestined to meet again, but that did not happen until 2014 in Istanbul. This time they both brought a backpack filled with music and experiences from all over the world.

Wouter and Thomas were so eager to work together that they engaged head over heels in a large number of projects. They collaborated with Özge Öz from Turkey (as a result of the Yolda project initiated by the Handelsbeurs and the Centrale in Ghent), played with Palestinian musicians in Ramallah, went on a tour with the South-African singer Stella Khumalo and hatched plans for future projects in Ireland, South-Africa, Senegal, … Wouter and Thomas teamed up with Jeroen Knapen, a young guitarplayer from the Waasland, with whom they decided to start up a trio.  With the pulse of the guitar, the plaintive sound of the violin, the delicate piano or the luscious rich Fender Rhodes this trio may explore musical territory as diverse as Sephardic music from Greece or the Balkans, sentimental waltz ditties, bluesy grooves, slightly unhinged tunes or Oriental songs.