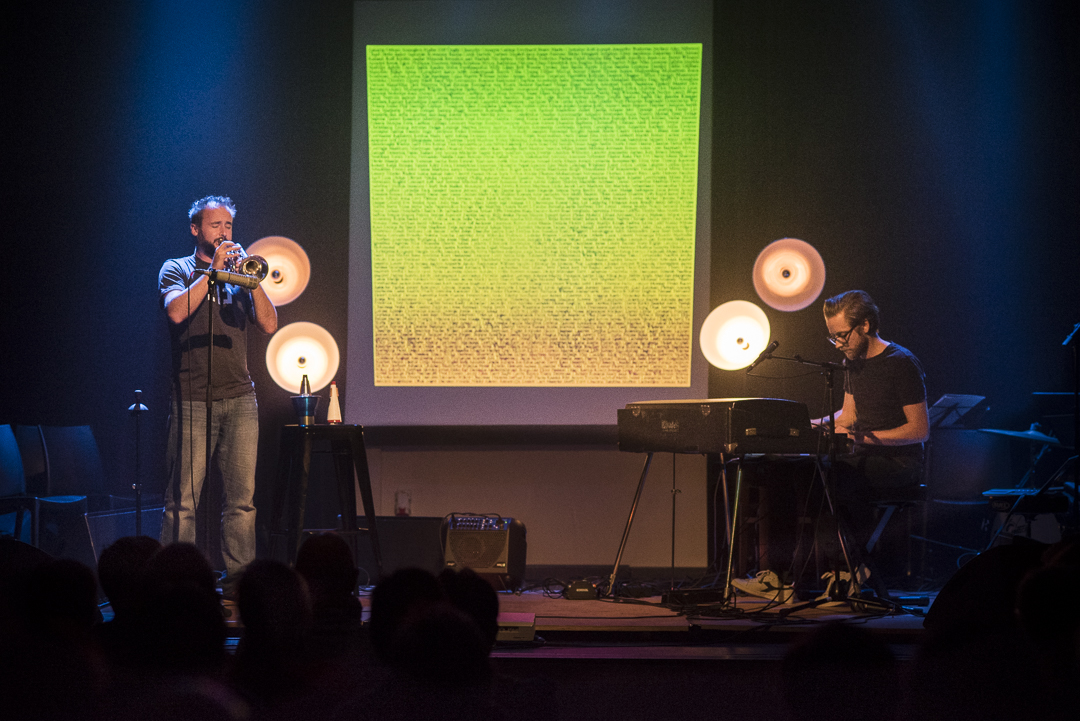 Doux is a collaboration between Stan Nieuwenhuis and Harmen Vanhoorne. They met during their musical training, became friends and now, 15 years later, decided to create their own sound and music. It's hard to put doux in a box or to give it a label. It has a new, fresh sound, influenced by jazz, electronic music and brass band music. Stan and Harmen get that sound by combining both their skills and sources of inspiration.

Harmen Vanhoorne is a classically trained cornet and trumpet player, who travels around the world as a soloist in different kinds of orchestras. He's one of the best in his league. Stan Nieuwenhuis is a composer, with experience in brass band music, pop music and music theater. He was also trained as a trumpet player, which makes it a very natural collaboration with Harmen.

For their first album Stan, who wrote the entire score, was inspired by a series of photographs of immigrants arriving at Ellis Island around the start of the 20th century. The photographer, Augustus Sherman, asked all of them to dress up in their traditional outfits they brought from home. Stan was very moved by this and decided to compose a series of tracks each based on a portrait of a person.